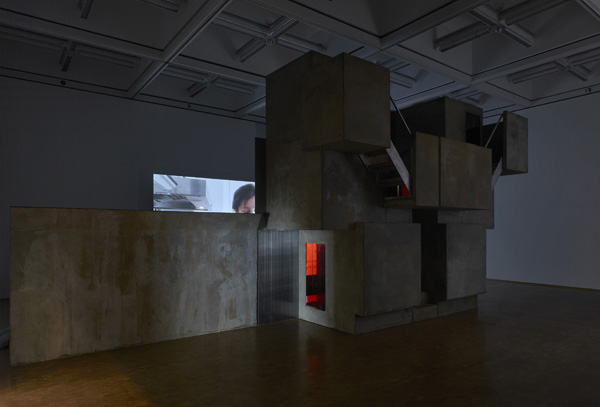 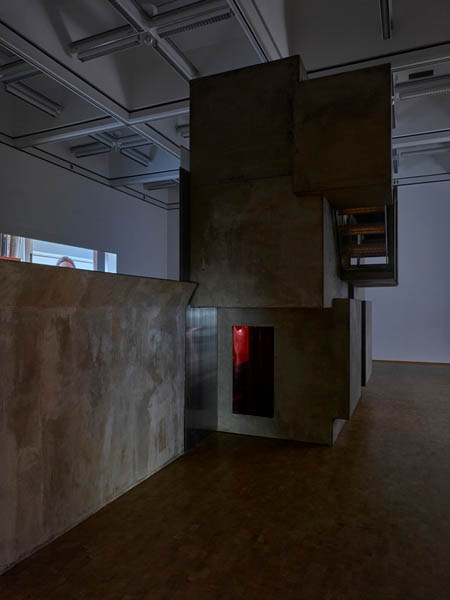 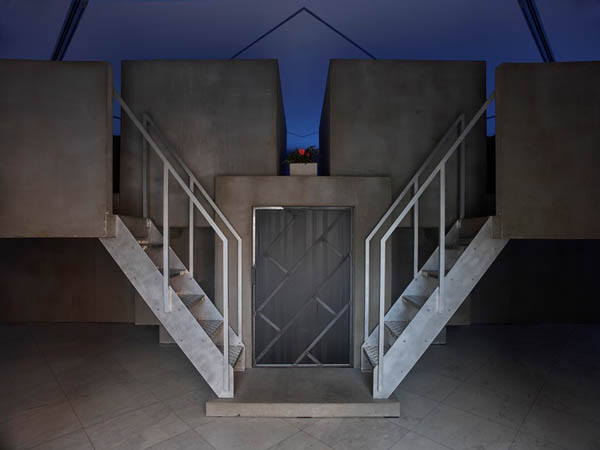 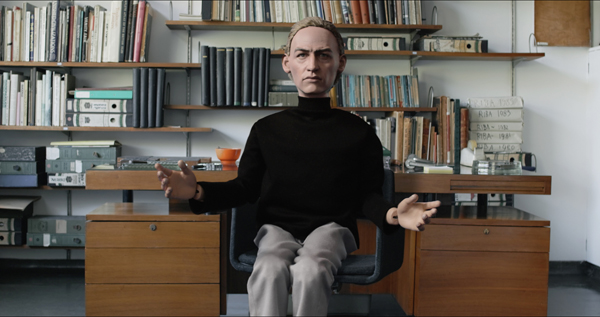 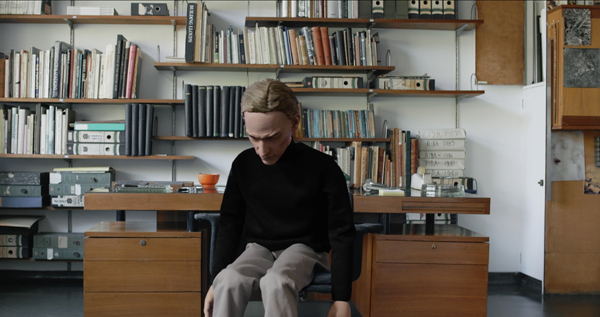 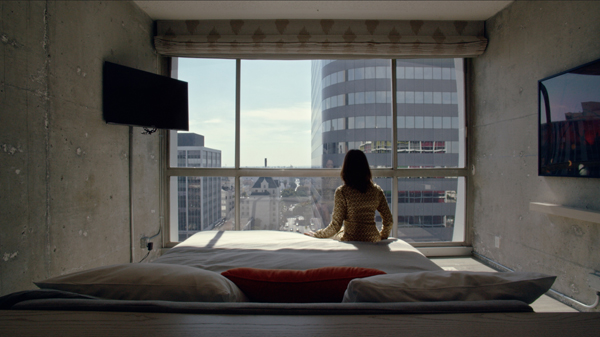 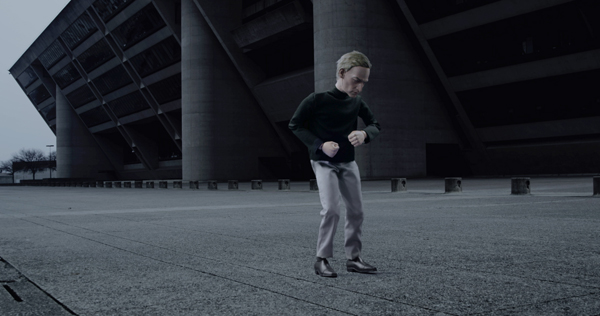 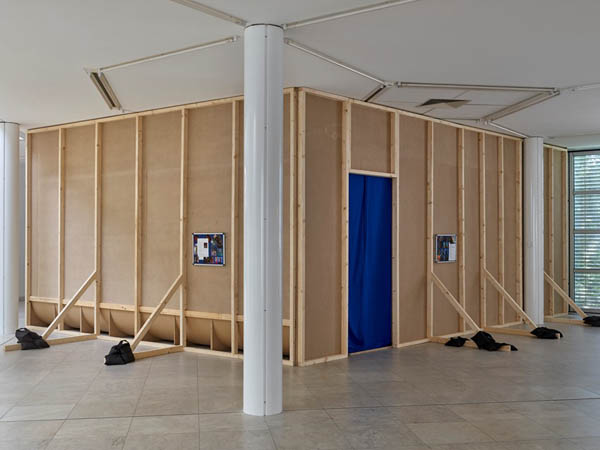 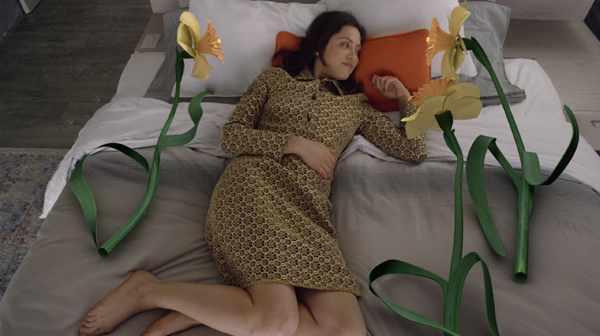 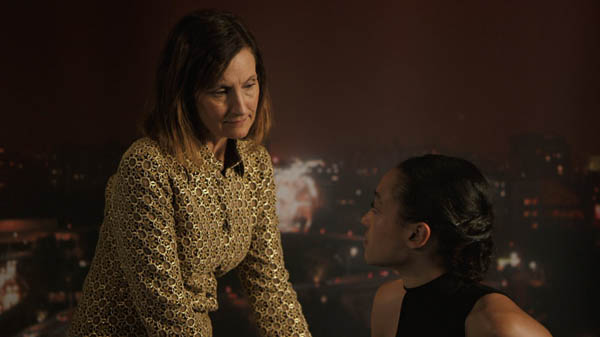 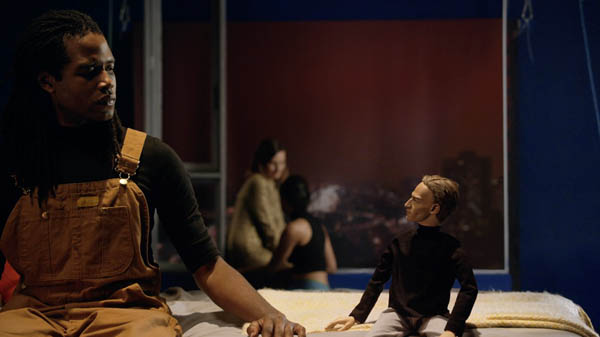 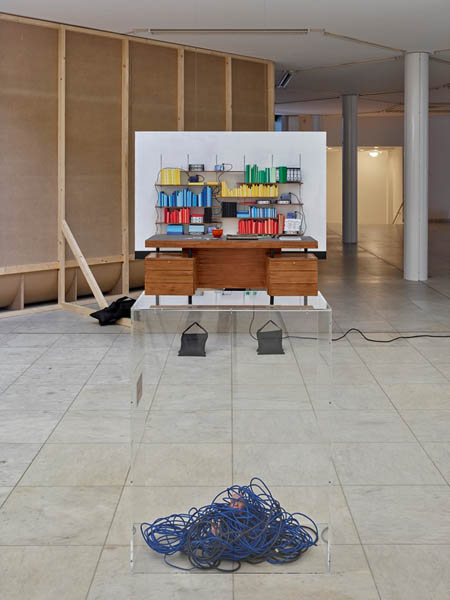 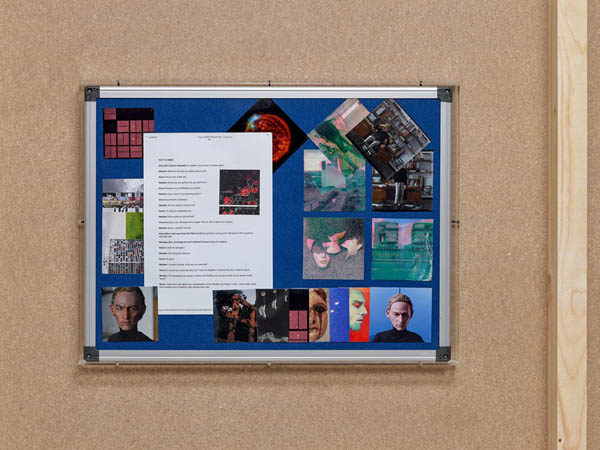 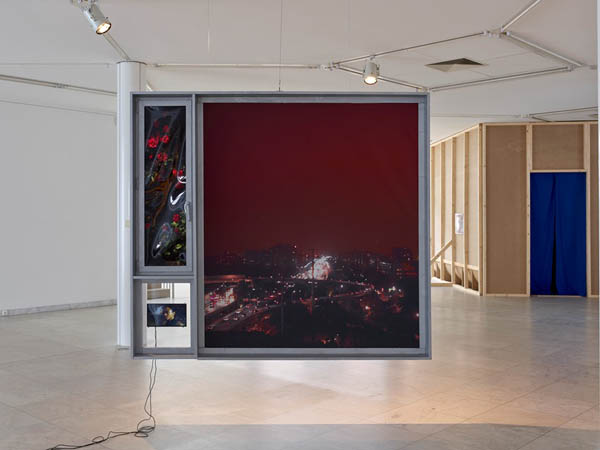 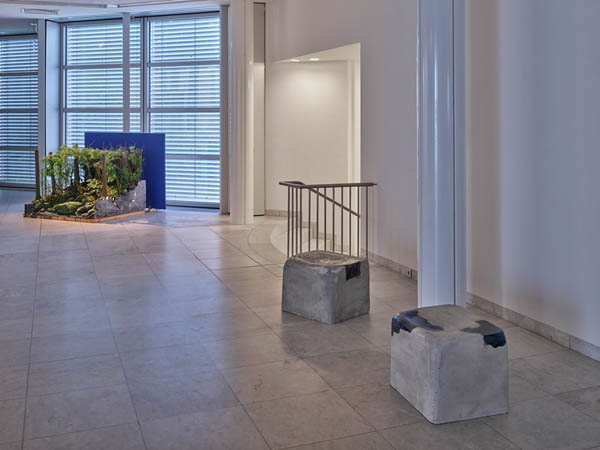 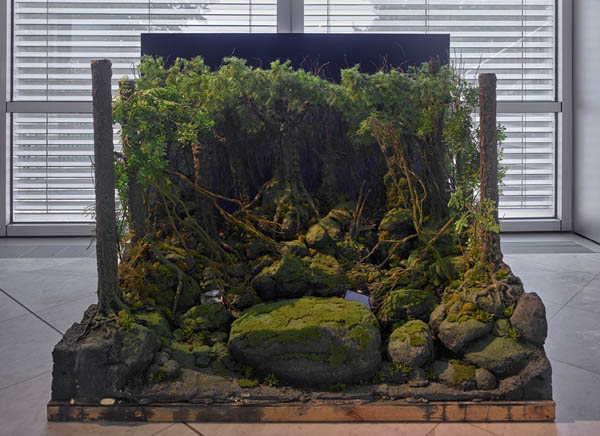 Amos’ World is a fictional television series about a progressive housing estate, its architect, and the tenants as they become increasingly
alienated from the building’s promises. The architect’s ambitions for the perfectly networked individual-communal housing structure is
disrupted as the tenants begin to negotiate their own agency within their real and rendered contours. An allegory for our existence within
constructed realities unfolds as the characters’ emotions begin to rebel against the technological, ideological, and physical structures that
aim to contain them.

Cécile B. Evans (b. 1983) has realized a three-part film installation, filmed across many locations and mediums, that blurs the line between
reality and its simulations. Visitors to the exhibition watch the series from structures that recall the architecture that frames the plot line;
museum spaces are punctuated with set pieces from the series that have been reconfigured as active sculptures. This new multidisciplinary
project by Evans, an American-Belgian artist living in London, is a cooperation with MUMOK in Vienna, Tramway in Glasgow, Galerie Emanuel
Layr in Rome and Vienna, and FRAC Lorraine in Metz, with support from Art Night London, Museo Madre in Naples, Renaissance Society
in Chicago, Glasgow International, Villa Merkel in Esslingen, and Château Shatto in Los Angeles. Museum Abteiberg is showing all three
episodes, along with set pieces from the films’ production, reconstructed as sculptures.

Cécile B. Evans’ long term project Amos’ World will culminate in an artist’s book that will be published in Autumn 2019. The exhibition at
Museum Abteiberg is accompanied by a side program with films and talks. Details and dates will follow.

Realized with support from the Arts Foundation of North Rhine Westphalia and the Hans Fries Foundation.