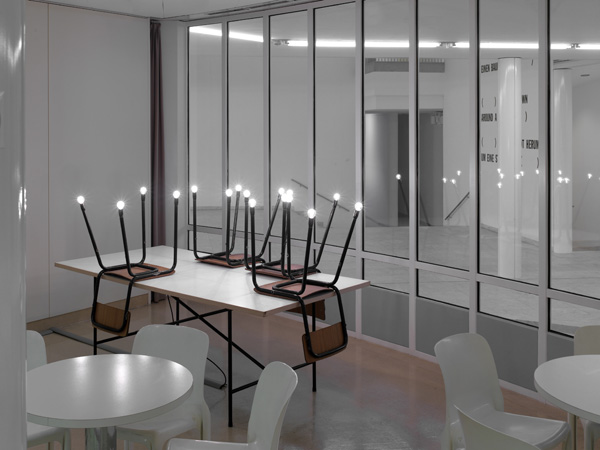 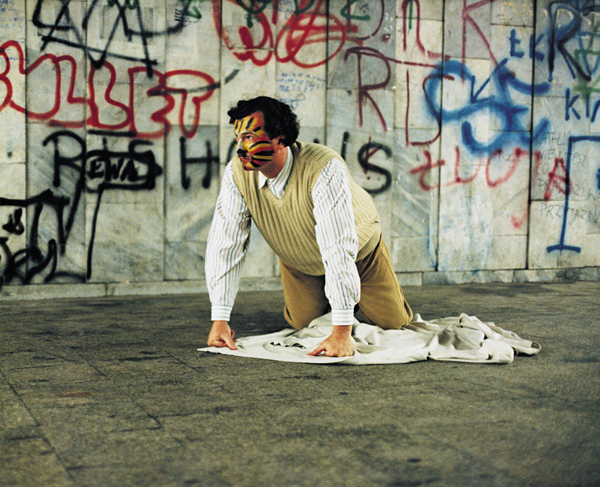 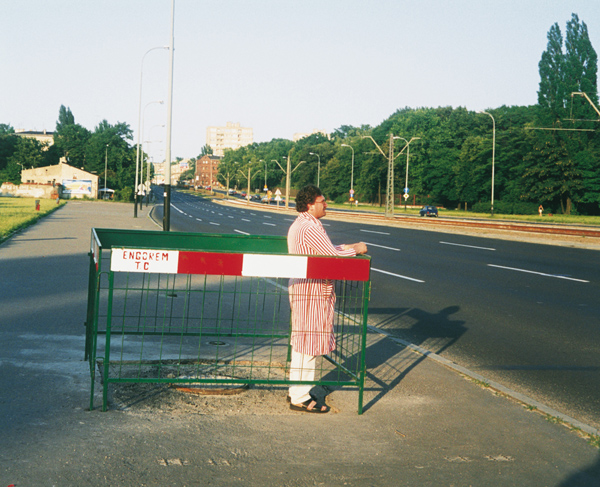 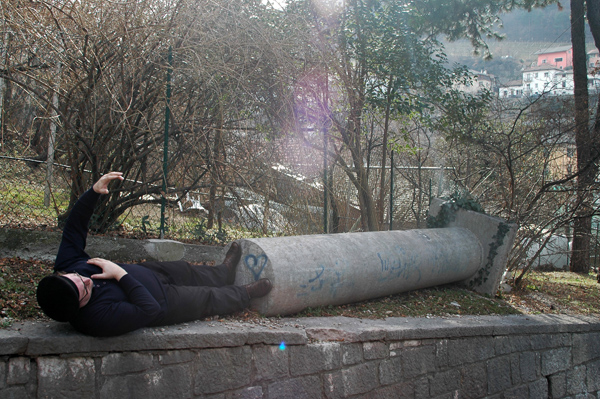 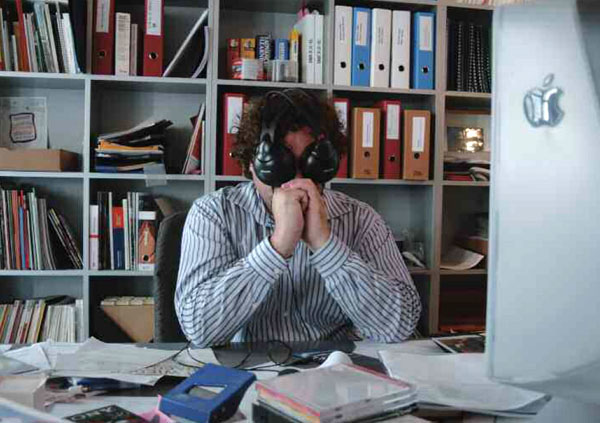 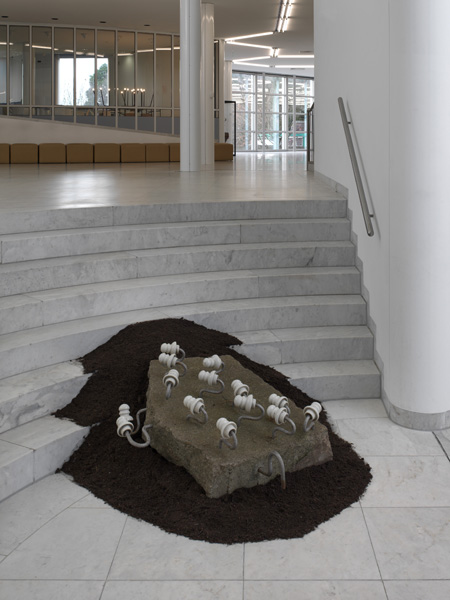 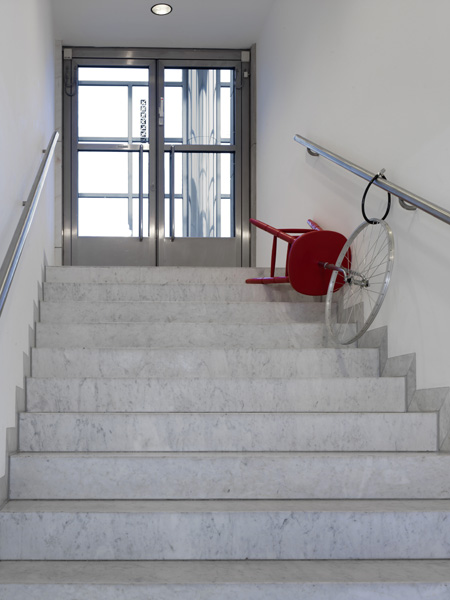 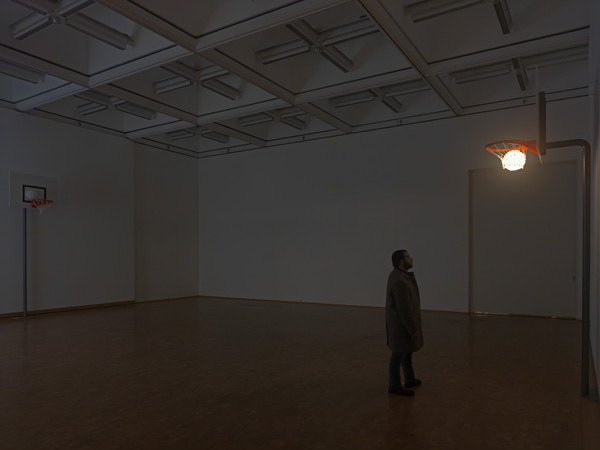 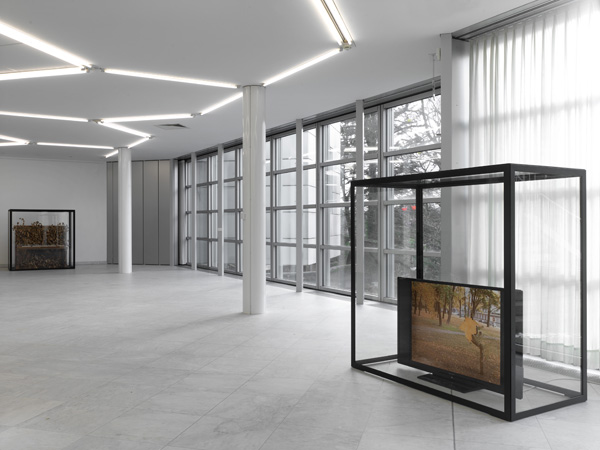 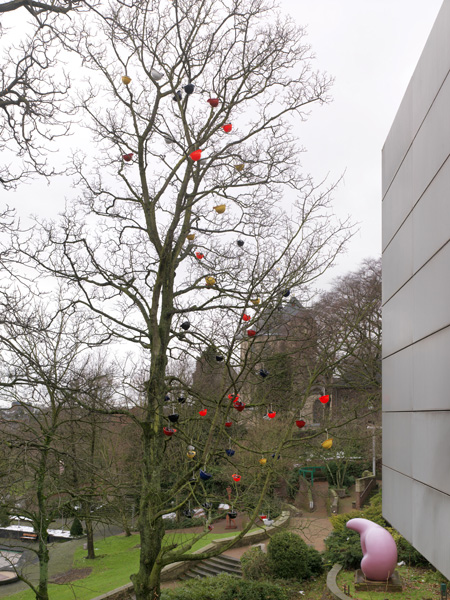 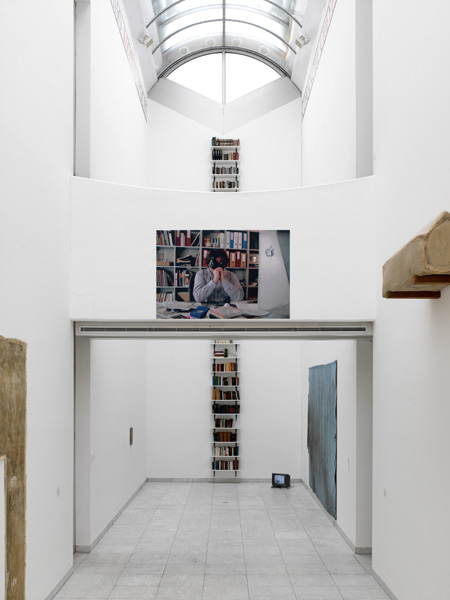 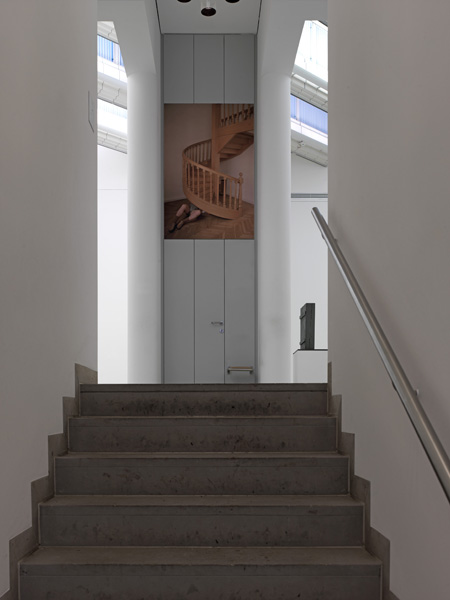 “To be an artist means to absorb. To absorb images, places, people, nature, objects and events. Having absorbed everything we encounter on our way, the artist arrives at an interesting point. It turns out that this point can absorb him together with his voracity. This place is called the Hole. In the Hole, the artist feels extremely decadent, sticky and thoughtless. No one has ever emerged from the Hole in one piece, and if they did, they were not the same anymore.“
Cezary Bodzianowski, 2005

THIS PLACE IS CALLED THE HOLE is the first museum retrospective of one of the most original figures on the contemporary art scene. Present on that scene since the mid-1990s, Bodzianowski has earned recognition primarily as the author of usually small, sometimes barely noticeable interventions that for a brief moment distort the usual course of life, introducing an element of absurd, anarchistic poetry. The artist has carried out over a thousand (sic!) such interventions and their frequency suggests he is interested not so much in the production of ‘artistic projects’ as in an artistic project for life. Most of Bodzianowski’s interventions or ‘events’, as he himself prefers to call them, take place in public spaces, either art-related (galleries, museums) or, far more often, not. Many of those events take place in strictly private spaces and the public only finds out about them via photographic or video documentation. Bodzianowski is also an author of sculptures/objects that refer, in a tongue-in-cheek manner, to the tradition of Marcel Duchamp’s Dadaistic ready-mades and the linguistic games of Rene Magritte and Marcel Broodthaers. The sculptures are usually ordinary objects that, as a result of being slightly modified or simply highlighted by the artist, reveal unexpected meanings and an absurd beauty.

THIS PLACE IS CALLED THE HOLE represents the first attempt to recapitulate the artist’s oeuvre so far. It is aimed, however, not so much at cataloguing it exhaustively as at demonstrating the various strategies that Bodzianowski employs in his play with reality and, above all, at investigating the status of reality in his art as well as the status of the artistic ‘self’ and its relationships with the real. The exhibition presents Bodzianowski’s artistic practice as an original project aimed at overcoming the dichotomy of life and art, alternative towards both the avant-garde utopia of organising life according to artistic principles as well as towards neo-avant-garde models that annul art as an arbitrarily (institutionally) and fallaciously isolated fragment of human life.

The exhibition is accompanied by a catalogue containing essays by Catherine Wood, Adam Szymczyk, Jaroslaw Suchan, and Susanne Titz. The second venue of the exhibition at Muzeum Sztuki in Łódź follows from April – June, 2013.

CEZARY BODZIANOWSKI. THIS PLACE IS CALLED THE HOLE is the third joint exhibiton project by Museum Sztuki in Łódź and Museum Abteiberg in Mönchengladbach.