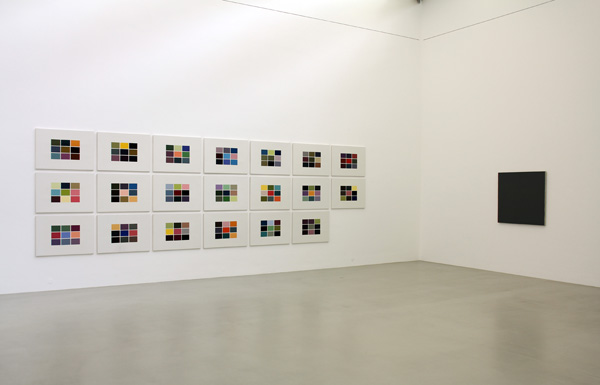 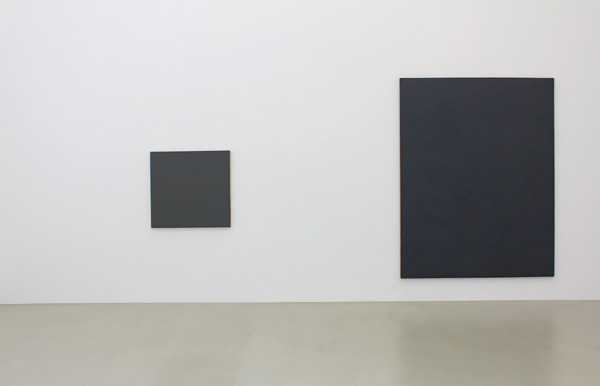 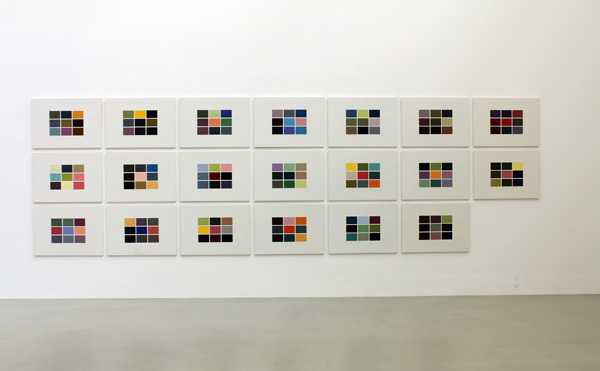 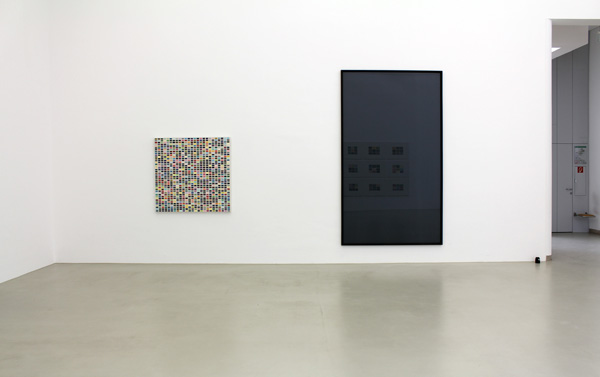 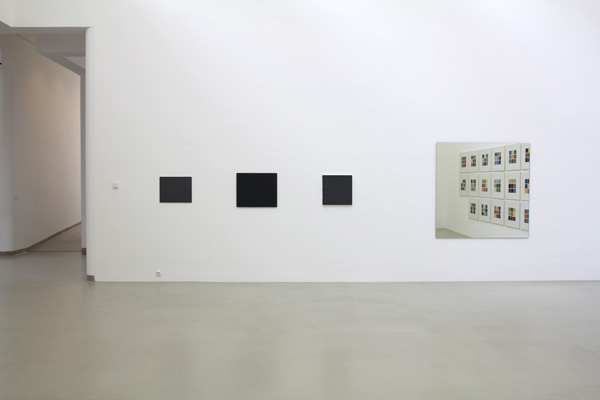 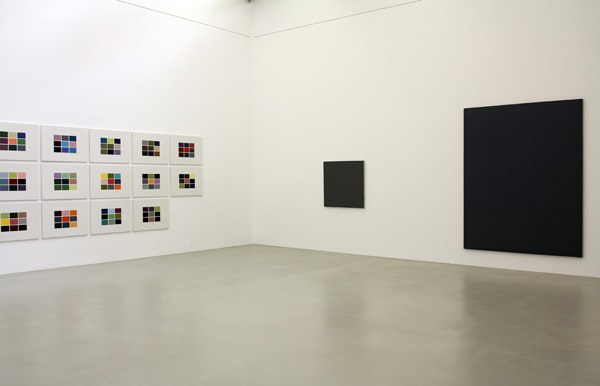 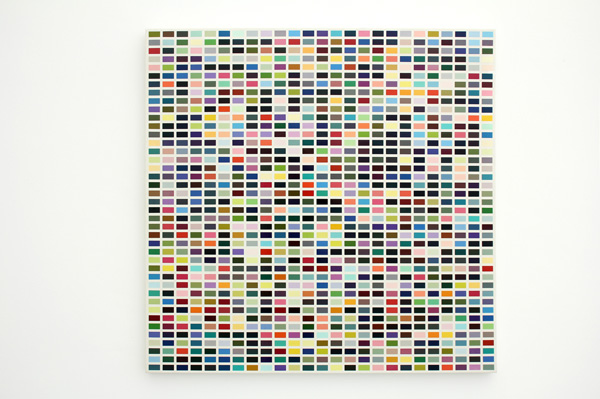 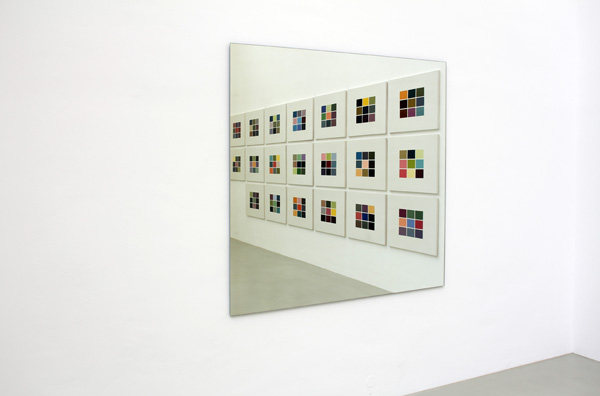 Gerhard Richter has designed a small exhibition for the space that originally held the 8 Greys (8 Graue Bilder) which are traveling for the first time in many years as part of his retrospective of the great painting series and cycles at the Fondation Beyeler in Basel (18 May to 7 September 2014).
Richter exhibits a series of 20 lacquer paintings that were shown in 1971 at the Kabinett für Aktuelle Kunst / Cabinet for Contemporary Art in Bremerhaven, but which were then lost for a long time. In Richter’s catalogue raisonné, they are listed as Colour Plates (9 Colours), which are actually individual groups from the large concept of 180 Colours which he thematized in the Bremerhaven exhibition. Unexpectedly found again in an early stock in Cologne, Richter restored them carefully and corrected their title, 180 Colours, presenting the entire series of 20 white-ground colour panels for the first time in public again.

Richter’s exhibition “180 Farben / Colours” in the Kabinett für Aktuelle Kunst in Bremerhaven is as legendary as his exhibition “Graue Bilder / Grey Pictures” in 1974 in the former Municipal Museum Mönchengladbach on Bismarckstrasse. He used colours from the paint industry which were brought together by chance and lottery without compositional thinking, without regard of the aesthetic quality of their contrasts and constellations. Similar to the ‘grey’ Gladbach presentation? which contained nothing but grey paintings in different sizes and proportions, in Bremerhaven he also expressed a withdrawal of artistic signature, aura and authorship, and the phenomenon of a painting space as a model, where you saw just the medium because you saw no pictures or all pictures at once.

In their new presentation provided by Richter in the Clover-leaf room, there is again a strong spatial constellation in which Richter’s reflection on the role of space and viewer and the very generic state of a painting as model are all visible. Along with a precise constellation of grey works from the artist and private property there is also on view his edition Grau / Grey, created for the Museumsverein Mönchengladbach in 1974: a grey overpainted glass clip picture frame.