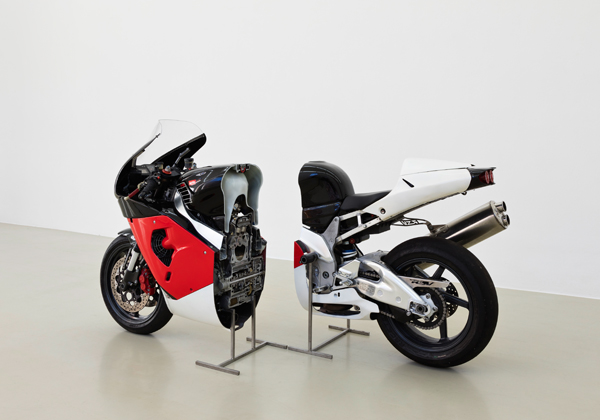 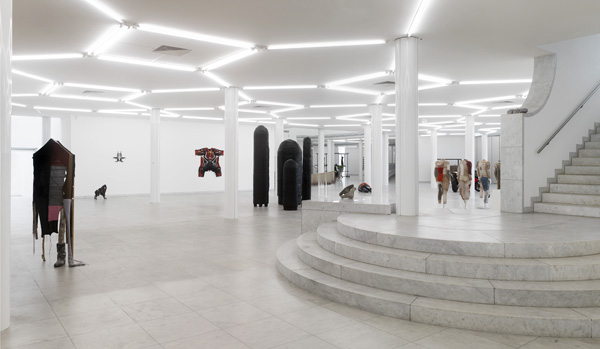 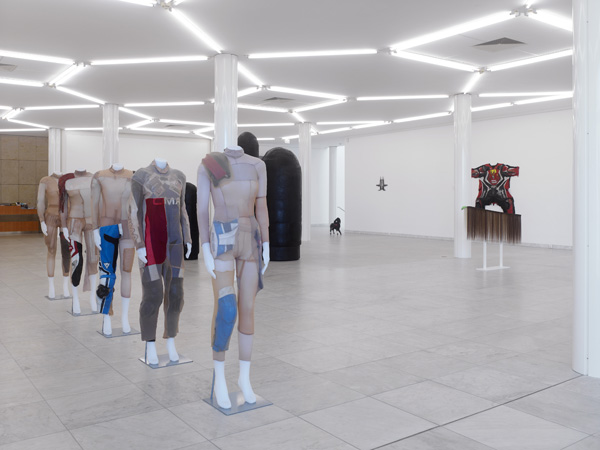 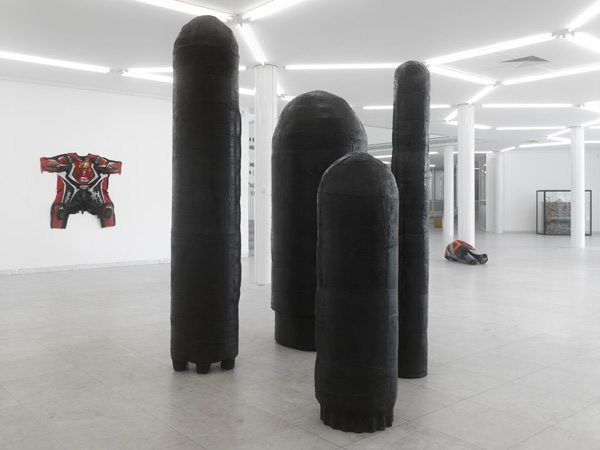 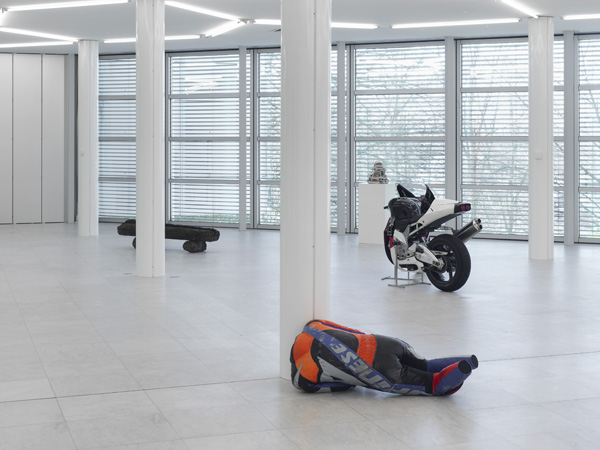 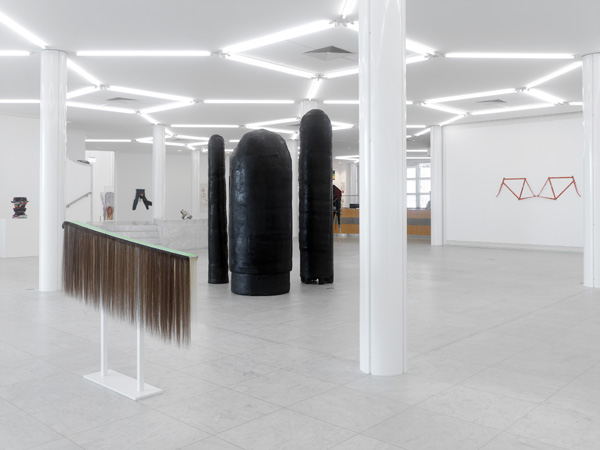 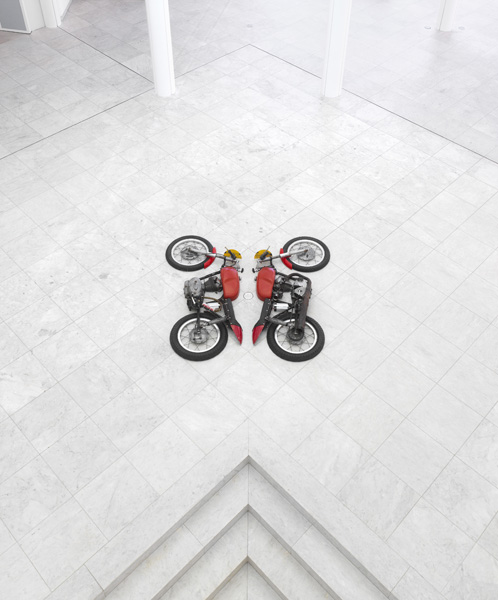 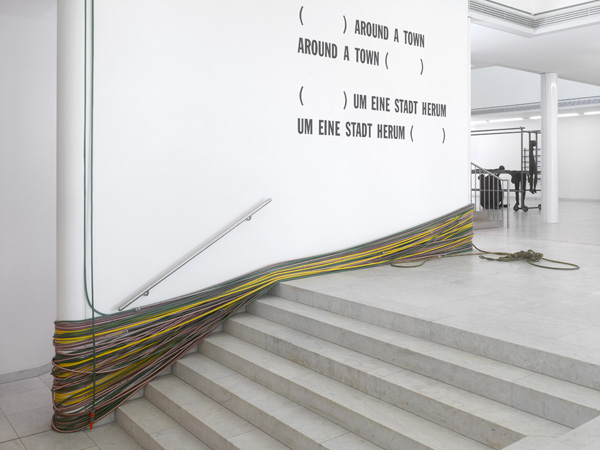 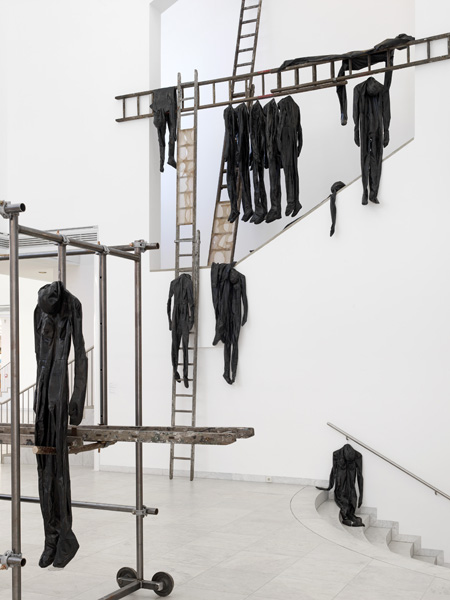 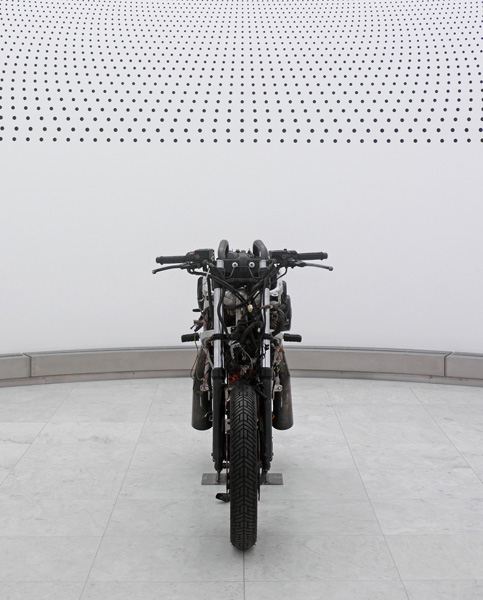 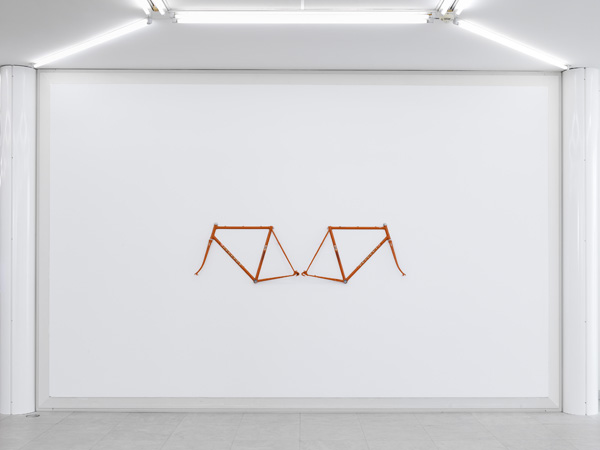 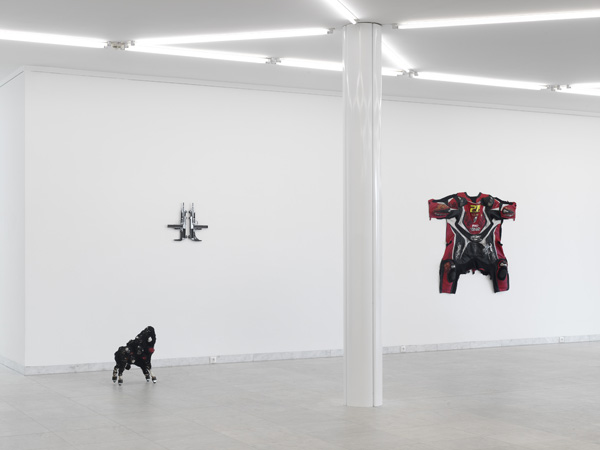 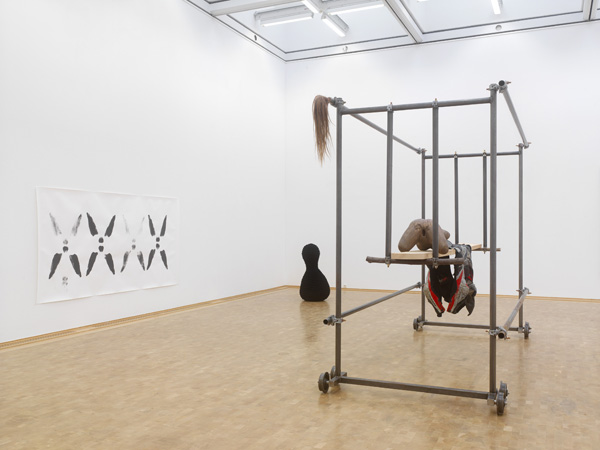 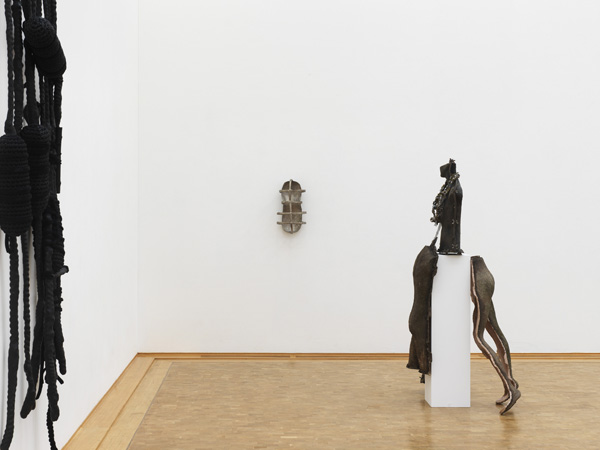 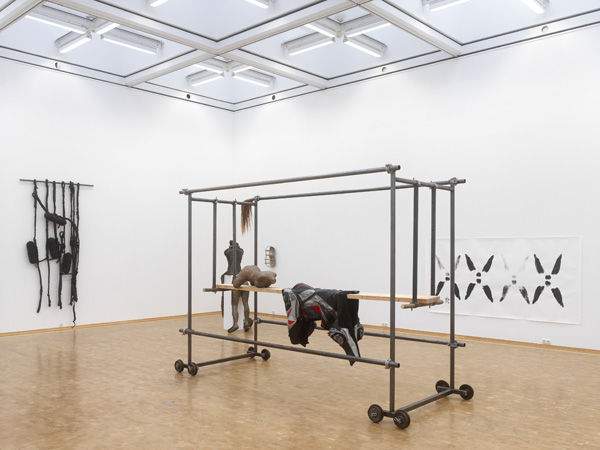 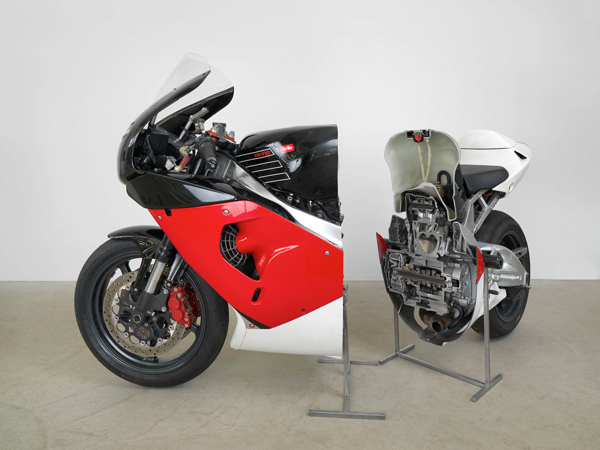 STRETCH is a comprehensive retrospective of work by artist Alexandra Bircken, showing both early and new site-specific pieces. Fundamental parameters of her work include experimentation with materials and the body as a key point of departure. Skin as covering, as an organ and a cellular structure, but also as a boundary between inside and outside serve as initiator for her multi-layered, meticulously-constructed sculptures. Materials used in her objects are notable for their strikingly diverse, often contradictory qualities: plaster models, waxes, mannequin fragments and pieces of clothing stand in for body parts; structures packed with wool are connected and used as set pieces.

Bircken’s (b. 1967, lives in Cologne) works captivate with their aurally charged material presence and uncanny conjuring of the human body and its protective coverings, be it fabric or architecture. Walking House (2016), for example, has the look of an archaic treehouse or – as the title suggests – a modular, apparently mobile domicile. The angular, structural piece stands in stark contrast to the soft, flowing forms found in the recent coarse-weave, woolen textile/ornament Cocoon Club (2016).
Museum Abteiberg will be showing around sixty works by the artist in the large temporary exhibition hall and open exhibition area at the street level. Visitors to the exhibition will be confronted with various sculptures resembling human figures draped on stairs, standing or lying in pose. These figurative works are put in relation to the machine as a man-made apparatus or instrument of power.  Topics such as the claim to dominance and protection associated with motorcycle clothing and motorcycles, or the protective pretensions of weapons come to the fore through visible traces of injury – as seen in the figures made of motorcycle clothing, for example. Machines, miscellaneous weapons and two motorcycles are dissected and decontextualized like bodies.

This exhibition, which was realized in cooperation with the Kunstverein in Hannover (where it was shown September 30 – November 27, 2016), is the first public showing of early objects and sketches developed at the interface between fashion and art. The shop “Alex” (Cologne) is an artwork started by Bircken in 2003. The artist had previously trained as a fashion designer at Central Saint Martins in London, where she taught for many years and made a name for herself with her fashion label “Faridi,” among other projects. Her early accessories also show a distinct, artistic interest in objects and spaces. Alexandra Bircken developed large-scale, site-specific interventions that illuminate the interplay between man and machine, as well as figures or robots in space. Designed as a spatial world of protagonists and formal transformations, the exhibition parcours puts audience members on a path that shifts attention back to themselves and their own relationships to time and the world.

Alexandra Bircken’s works were presented in recent yeras in exhibitions at Museum Boijmans van Beuningen, Rotterdam (2014) or at The Hepworth Wakefield (2014) gezeigt. Before she exhibited at Kunstverein in Hamburg (2012) as well as Studio Voltaire in London (2011) or at Kölnischer Kunstverein (2010). The exhibition STRETCH was realized in collaboration with Kunstverein Hannover and creates different soatioal situations in both places. At the occasion of the exhibition tour, a publication about Alexandra Bircken’s work was published.

22 June 2017, 7.30 pm
Thomas Brinkmann with Oren Ambarchi und Crys Cole
CONCERT ménage à trois
for the first time in Germany – after performing together in Japan and Italy, among other places
Mönchengladbach native Thomas Brinkmann has produced some 70 recordings and more than 15 albums on labels such as 3rd ear, minus, Profan, NovaMute, EMEGO, Ernst, max.Ernst, Supposé etc. He studied Fine Arts at Kunstakademie Düsseldorf under Jannis Kounellis, Oswald Wiener and Friedrich Wolfram Heubach.

The Museum Abteiberg exhibition and artist’s publication are made possible with generous support from Sparda Bank West’s Foundation for Art, Culture and Social Affairs.