STUDIO FOR PROPOSITIONAL CINEMA
The Camera of Disaster

The forthcoming exhibition “The Camera of Disaster” by Studio for Propositional Cinema positions photography as a medium on the brink of potential extinction. Set within a broader context of cultural and ecological crises, the exhibition focuses on the vulnerabilities of photographic image-making, while proposing the preservation of archaic photographic techniques that could help ensure its long-term survival. As outlined in Studio for Propositional Cinema’s text Ancient Knowledge Survival Kit, “once photography has fully left the analogue world, all image-making tools and the images they produce will not belong to us. This is the horizon of our blindness. We can retain the possibility of making our own images by regaining control of the apparatus of image-making, keeping production recipes and knowledge open-source and available, and building and maintaining networks for their distribution, like how illicit knowledge was retained and passed along in the so-called Dark Ages.”

With the wholesale shift from analogue to digital over the past decade or so, which has led to both the loss of technical knowledge and the bankruptcy of analogue photographic companies and products, the overwhelming majority of people no longer know how to produce a photograph without the use of smartphones, devices that are ultimately outside of our control. Additionally, the photographic industry’s reliance on specialised advanced chemistry reveals even analogue technology as an imperfect ideal of longevity of free use. Loosely structured on William Henry Fox Talbot’s book The Pencil of Nature – the first ever photo-book, which Fox Talbot, one of the primary inventors of photography, published to demonstrate the various technical and pictorial possibilities of the medium – the exhibition urges a decoupling of the photographic medium from the industrial culture in which it has grown and flourished.

The exhibition seeks to reclaim the means of production in order to imagine a form of image-making that could be preserved within futures where photography is made illegal or the technology is lost within disaster scenarios such as breakdowns of electricity grids or loss of industrial production capabilities. Beyond a call to preserve photography itself, the work highlights photography within a network of other communicational and expressive forms that are in danger of being handed over to corporations and governments that can then, at will, control their use.

“The Camera of Disaster” builds on several exhibitions made by Studio for Propositional Cinema between 2016 and 2019 at Kunstverein Düsseldorf, Swiss Institute in New York, Kunst Halle Sankt Gallen, and Fondazione Morra Greco in Naples. These projects developed, within essays, a stage play, an opera libretto, and an epic poem, a series of interconnected characters and narratives addressing our increasing cultural and ecological entropy, and the warning signs currently present within our situation. These works are meant not only as an action in response to a bleak diagnosis of a doomed future, but rather, as proposed in their recent book Myths and Manifestos, “a guide to make our future ruins articulate so our ruination may sound a foghorn guiding the future away from repeating our catastrophe, toward the future that we could have had and still, if we want it, may find.” In other words, an alternative path near the end of the road.

The exhibition centers around a user’s manual with tools, texts, and images outlining non-industrial processes necessary for photography’s re-invention, using only ingredients and techniques likely to be available or scavenged within this future geographic or cultural scenario. This manual is installed amidst a new cinematographic work set in a narrative space in which such processes have become necessary. Comprised of large-scale photographic and textual elements, this installation builds on Studio for Propositional Cinema’s practice of large-scale installation works in which the exhibition itself is utilised as a temporal narrative form. “The Camera of Disaster” offers a quasi-cinematic experience that the spectators unravel as they traverse the exhibition, its dialogue, and its images: a dismantled disaster film with a cautiously hopeful ending.

The exhibition is accompanied by a new Box-Catalogue, which will be published in the summer 2022 with contributions by Joanna Demers, David Campany and Paulina Pobocha. The Book-launch is scheduled for June 23.

The exhibition is funded by the Hans Fries Stiftung, Stiftung Kunstfonds and the Embassy of Canada, generously supported by RECOMART
and HALBE Rahmen. 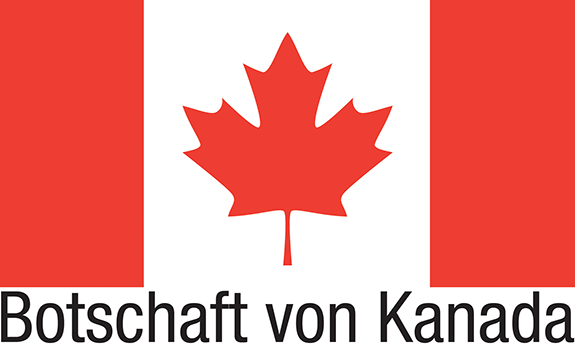