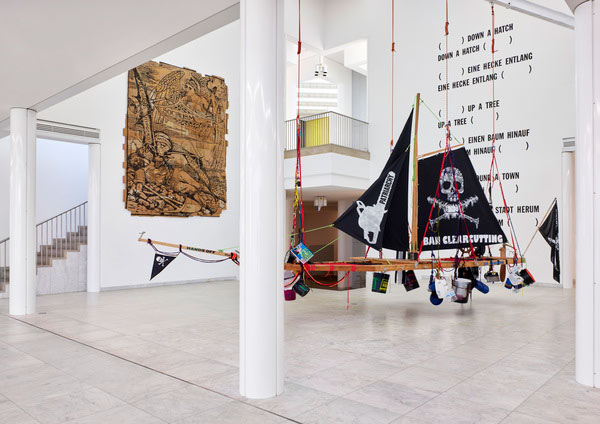 ANDREA BOWERS grief and hope has been extended until October 25, 2020.

“Environmental grief” describes mourning the loss of nature and its creatures. Coined as early as twenty years ago, the term describes the feeling of bereavement experienced by those who either witness or anticipate the loss of landscapes, plant or animal species, or entire ecosystems as a consequence of human-induced climate change and other intervention. The notion of environmental grief has circulated widely in recent years, steeped in evidence that the Earth’s sixth mass extinction event is already underway, that our global ecosystem is growing weaker and weaker and that the entire biosphere is being irreparably destroyed by human activity.

In a large solo exhibition entitled grief and hope, Museum Abteiberg presents the multi-media oeuvre of American artist Andrea Bowers, a crucial body of work that focuses on environmentalism, ecofeminism and climate justice. Bowers’ work is both a testament to looming ecological crisis, documenting her intimate involvement with activists between 2000–2020, and a unique, artistic snapshot of the social-activist Zeitgeist. The survey exhibition at Museum Abteiberg brings together a vast array of materials from this twenty-year period of artistic output, showing both early and more recent subjects of study. It reveals how art and activism are interwoven in Bowers’ work and poses existential questions about activities in art and society. Given Mönchengladbach’s geographical proximity to the Rhenish mining district’s Garzweiler coalfields and Hambach Forest, Bowers’ project at Museum Abteiberg has specific ties to the local area.

Andrea Bowers is a Los Angeles-based artist who works across media including drawing, installation, and video. Her text-based and documentary works show the artist’s remarkable ability to merge aesthetic practice and a strong feminist, social, and ecological stance, demonstrating both civil resistance and its translation into artistic language. Bowers’ practice is shaped by both a deep historical awareness of political activism and its visual languages and by an archival curiosity. Through a long and varied career, Bowers’ work has become a document of a changing environmental discourse on ecology, environmentalism, climate justice and climate emergency, grief and hope represented by the activists – as in her most current work with the Standing Rock resistance activist Tokata Iron Eyes. Bowers’ work appears in many significant collections, including the Hammer Museum and MOCA (Los Angeles), MoMA and the Whitney Museum of American Art (New York City), and the Hirshhorn Museum and Sculpture Garden (Washington D.C.).

Documentation of Bowers’s site-specific work in both cities will appear in a publication produced after the exhibitions. Further exhibition programming will be announced in the coming weeks.

Funded by the Art Foundation of North Rhine-Westphalia, the Hans Fries Foundation, and Museumsverein Abteiberg 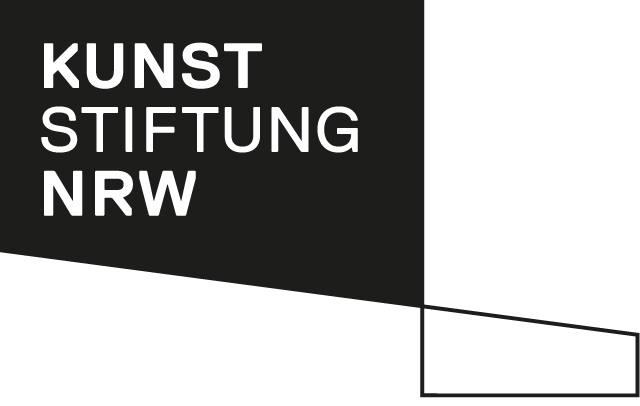 DE
, Owner: (Registered business address: Germany), processes personal data only to the extent strictly necessary for the operation of this website. All details in the privacy policy.